Alma Mater is a filmic tour for one that fuses high-technology with Fish & Game’s trademark lo-fi charm to create a piece that sits between theatre, film and installation. Individual audience members enter a specially constructed, full-scale child’s bedroom to immerse themselves- via iPad- in the world of a little girl in this handheld, 21st century fairy tale.  With an original score by John De Simone performed by experimental octet Ensemble Thing and cinematography from award-winner Anna Chaney, Alma Mater is a haunting meditation on family, familiarity and growing-up.

Alma Mater has delighted thousands of visitors around the world at seasons in Edinburgh, Melbourne, London and Cologne. Over 100 articles, interviews and reviews have been written or broadcast about Alma Mater in four continents and six languages. The piece has won critical acclaim on its travels so far with over 20 four and five star reviews from major papers.

‘beguiling cinematic journey’ **** review – Pick of The Day – The Metro

‘haunting: a whole new way of sending us down the rabbit-hole’ **** review – What’s On Stage

‘creates a new, and entirely mesmerising world that transcends theatre, film and storytelling to become a whole new genre.’ **** review – The Skinny

‘a piece of performance art which use technology to eloquent, vivid and immersive effect’ **** review -ArtsHub

‘It’s not every day that you are offered a brand new way of looking at the world. But Eilidh MacAskill and Robert Walton’s piece gives you just that’ review – The Stage

‘A striking encounter, a puncture in space, phantasmic’ review -RealTime

The new players: How technology is taking theatre out of the theatre by Mark Fisher in Edinburgh Festivals powered by The Scotsman

Digital media open up fresh paths to creativity on Fringe by Ben Hoyle, The Times

Play within an iPad: Edinburgh’s smallest theatre by Emily Jupp, The Independent

Tablet technology: A touch of creative genius by Alice Jones, The Independent

An audience of one gets intimate at Edinburgh Fringe by Hannah Livingston, BBC Scotland 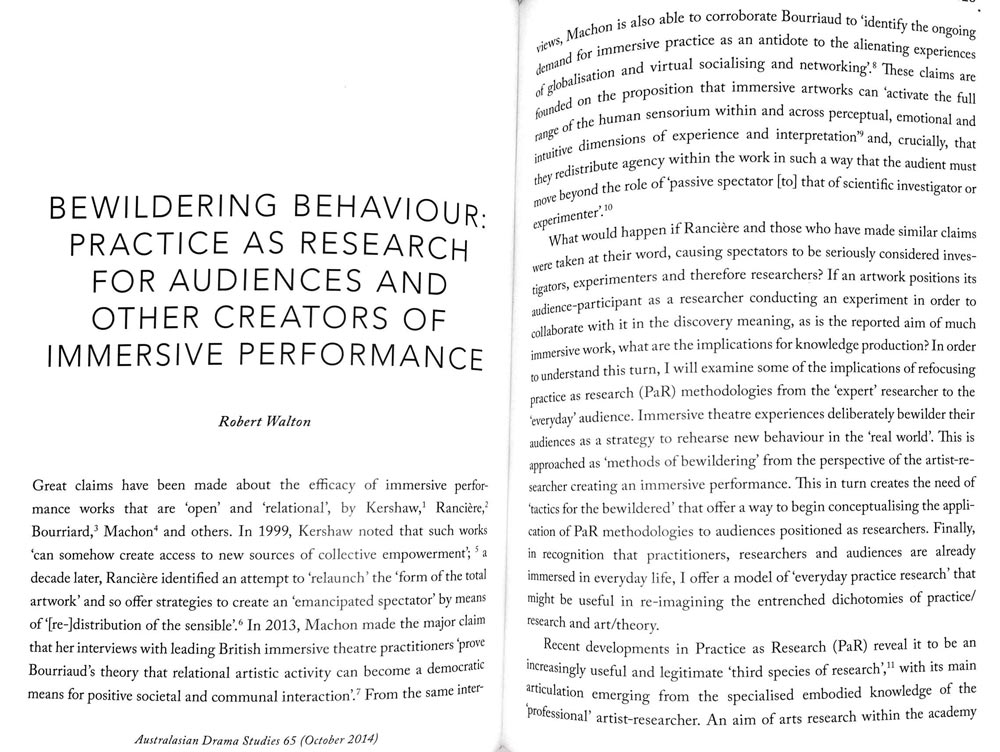 My paper Bewildering Behaviour: Practice as Research for Audiences and Other Creators of Immersive Performance was peer reviewed and published in… 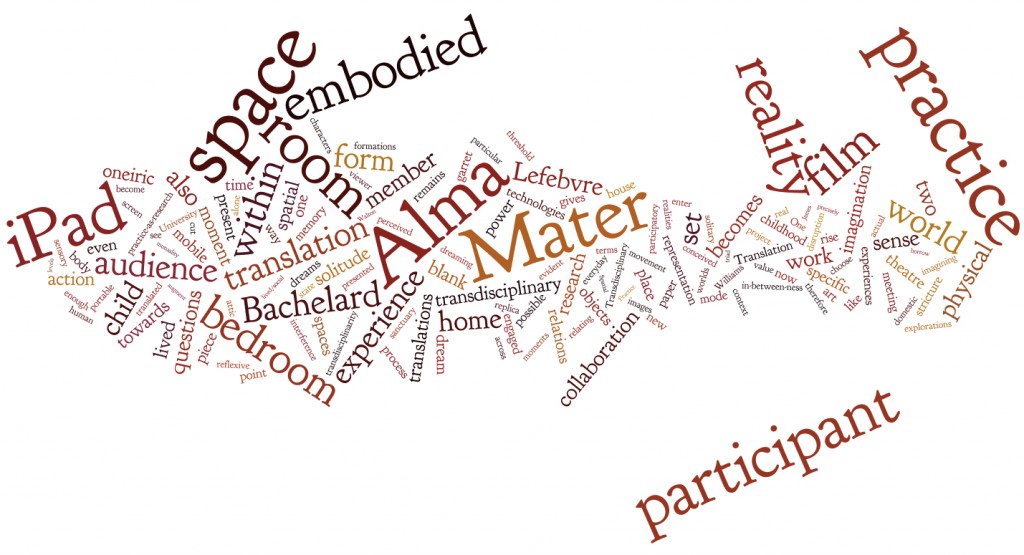 Transdisciplinary Form and Production: Reflections on Translation, Embodiment and Mobility (through Alma Mater, 2011)

by Robert Walton and James Oliver A collaboratively authored paper available in 2012 Transdisciplinary Imaging Conference Proceedings.  The paper responds to… 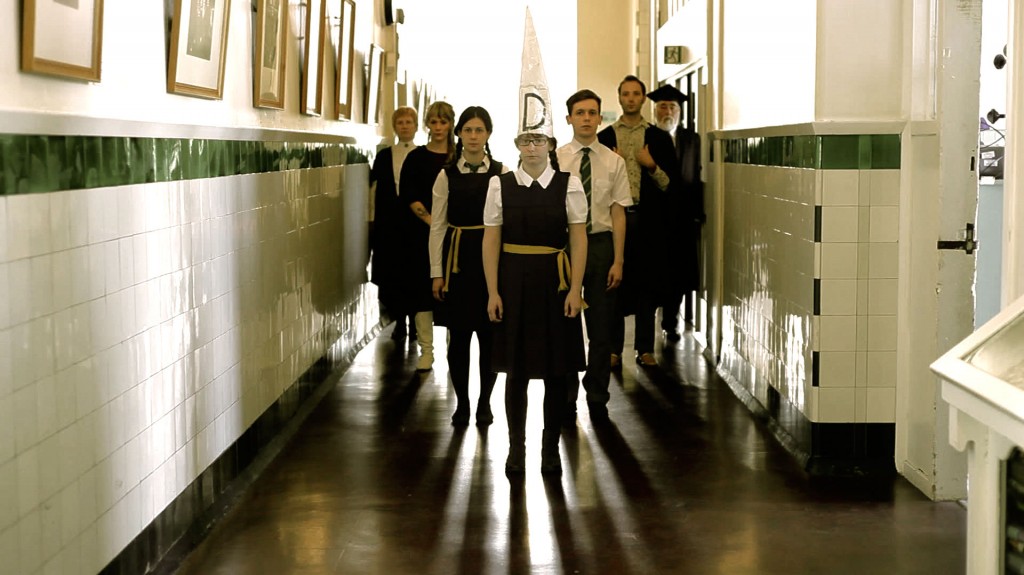 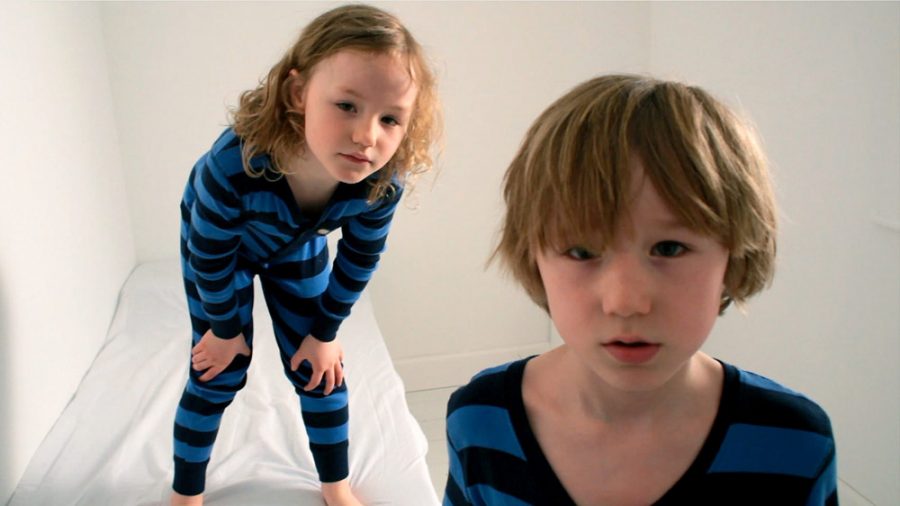